The Magpie by Monet

People often have a mistaken idea about the life painters lead.  This is pointed out by Jeffrey Meyers in The New Criterion of March 2015. 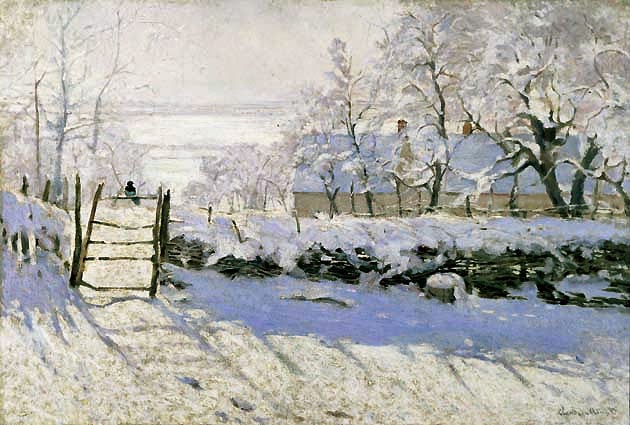 Writing about the beautiful painting The Magpie by Monet, Jeffrey Meyers points out that the usual romantic descriptions of this painting are not anywhere near the truth.  Suffering through an extremely cold winter in 1868-9, Monet and his family lived in extreme poverty.  Despite the harsh conditions, he still went out to paint and was to be seen clothed in many overcoats, gloves and with a heater by his side.  This beautiful painting that he managed to create out of such hardship was rejected by the Official Salon of 1869.  The critics wax on poetically about the subtle effects of  the colour on the snow, but they ignore the ominous presence of the blackbird and what it portends.
Jeffrey Meyers Article on The Magpie
Posted by pat at 15:08