My First Studio outside of my Home

My first studio downtown was in the Gault Building on Water Street.  They made work clothes and overalls during the depression and Second World War;  my uncle told me that one of the workers was killed when he fell down the freight elevator shaft and the next day there was a line-up of people out the door and down the street, hoping to get the job.

One brave day in 77 or so, when my kids were finally in school full time,  I ventured down to Gastown to meet an agent about renting a space for a studio.  This building eventually became a fine part of the Gastown restoration project, but at the time it was pretty empty above the bottom three floors. 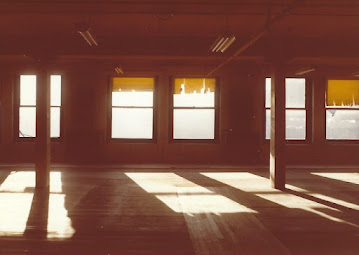 For around $75 a month, I was able to rent a great space on the top floor and my husband came down and built a wall so that I could lock my door.  The view out the window was the Vancouver waterfront and the North Shore mountains. 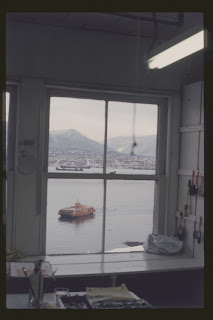 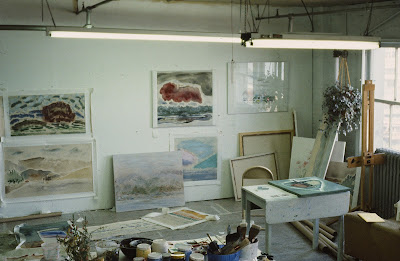 When you are painting that much, eventually you build up a body of work that you would like to exhibit. In 1979 I approached The Studio Shop in West Vancouver and they gave me my first solo exhibition.  Recently I counted up and I have had 55 solo exhibitions since then and participated in over 65 group shows.
I have had some nice studios over the years, but I think that was my favourite.